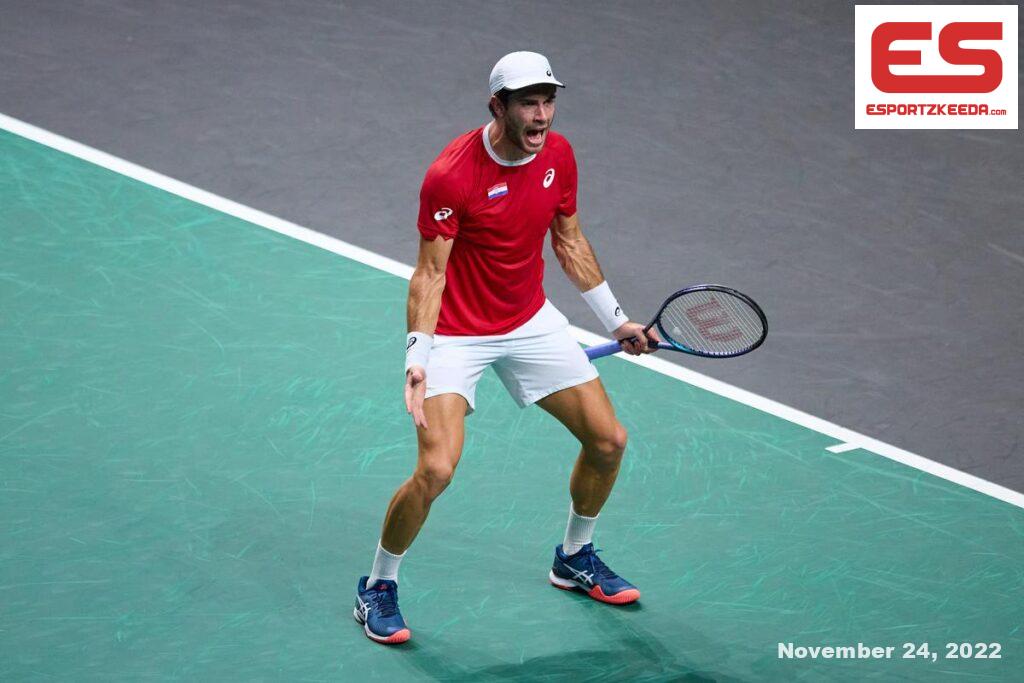 
Borna Coric beat Roberto Bautista Agut 6-4, 7-6(4) to present Croatia a 1-0 lead over hosts Spain of their quarterfinal tie on the Davis Cup Finals in Malaga on Wednesday.

Coric was stable from the service line as he fired down 12 aces and turned apart the one break level he confronted en path to securing the victory in slightly below two hours.

Coric broke to go 4-3 up within the opening set and after Bautista Agut held to like within the subsequent recreation it was the Croatian who saved a break level to carry serve and shut out the body.

The 2 gamers then mixed for 5 love holds throughout a tightly-contested second set throughout which neither confronted a break level earlier than Coric raced out to a 4-1 lead within the tiebreak after which secured the win on his third match level.

Marin Cilic can now safe Croatia’s place in Friday’s semi-final towards Australia with a victory over Pablo Carreno Busta within the day’s second singles match.